Christmas Eve has always been my favorite day of the year. In my family, Christmas Eve was a time of intentional family togetherness focusing on the true spirit of Christmas. We enjoyed decorating cookies for Santa and attending a candlelight service at church where the pastor read the story of a babe in a manger from Luke.

We would come home to open just one gift, put on our pajamas, and cuddle up with popcorn and hot chocolate while watching Elf. Lastly was a reading of The Night Before Christmas, all before an early bedtime. Then Santa got to work arranging stockings and gifts, taking nibbles from cookies and carrots (kind of a gross combination if you ask me), and jotting a note in red crayon for the kids commending their (mostly) good behavior over the past year.

This is just an example of one family’s practices. Christmas in America has become a beautiful amalgamation of traditions from around the world—many dating back to the first century and earlier. Many Christmas traditions are firmly rooted in celebration of the birth of Jesus. But some of our most treasured Christmas traditions have been adopted and adapted from multiple cultures and faith systems.

Take, for instance, the date we traditionally celebrate Christmas. The Bible makes no mention of Jesus’ birthday, nor are there any biblical references to the earliest Christians celebrating his birth. Some of the first documented Christmas festivals occurred during the reign of Constantine, a Roman ruler who converted to Christianity.

Elements of early Christmas celebrations that developed during this time may well derive from pagan traditions. Yet, the actual date might derive more from rabbinical and Christian traditions. The most-often touted theory of how we came to celebrate the birth of Jesus on December 25 is that the date was borrowed from the pagan celebration of Saturnalia. Other biblical scholars refer to early Christian writings to suggest Jesus was conceived on the same day he died—most likely March 25, with December 25 falling nine months later.

Several modern Christmas traditions hail from cultures and belief systems around the world. An early pagan tradition of lighting candles to ward off cold and evil spirits has been adopted and adapted by Christians who see Jesus as the Light of the World. Gift giving, originally a Druidic practice, has likewise been assimilated into Christmas celebrations. Christians consider Jesus a gift from God, and also seek to remember the Magi who brought gifts to the newborn Messiah.

Modern Christmas traditions that originated from other cultures:

Regardless of how we each celebrate Christmas or which traditions mean the most to us, we can see that it isn’t the origins of the tradition that matter. Rather, what matters is the love and meaning behind those traditions that counts.

In 2020 and this year of 2021, many of us have faced holidays that look very different than in years’ past. Even without all of the holiday parties, feasts, in-person church services, family gatherings, Christmas still comes. Even if we don’t get the tree up, bake 300 cookies, or burn a Yule log, maybe this year we will grasp something Peanuts' Linus tried to teach us long ago when a disillusioned and depressed Charlie Brown asked, “Doesn’t anyone know what Christmas is all about?”

And there were in the same country shepherds abiding in the field, keeping watch over their flock by night. And, lo, the angel of the Lord came upon them, and the glory of the Lord shone round about them: and they were sore afraid.

And the angel said unto them, Fear not: for, behold, I bring you good tidings of great joy, which shall be to all people. For unto you is born this day in the city of David a Savior, which is Christ the Lord. And this shall be a sign unto you; Ye shall find the babe wrapped in swaddling clothes, lying in a manger.

And suddenly there was with the angel a multitude of the heavenly host praising God, and saying, Glory to God in the highest, and on earth peace, good will toward men.

That’s what Christmas is all about, Charlie Brown.* 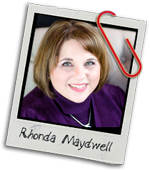