Are dinosaurs in the Bible?

Ever since Jurassic Park came out in the 90s, dinosaurs have been a major part of our culture. They are everywhere: movies, cartoons, toys, clothes. Even before movies fell in love with dinosaurs, many Christians have wondered where and how dinos fit into the Bible. While there is nothing super specific written about dinosaurs, we know that the Bible has all we need to be equipped for life (2 Timothy 3:17).

The Age of the Earth

The debate over the age of the earth plays heavily into whether dinosaurs are in the Bible or not. If the earth is old, then dinosaurs lived and went extinct millions of years before humans arrived on the scene. That means that the writers of the Bible would have seen just as many living dinos as we have—none. And they couldn’t possibly have written about them.

If, however, the earth is young, God created dinosaurs on Day 6 along with the rest of the animals and humans (Genesis 1:25–26). That means Adam, Eve, and their children lived alongside dinosaurs. This view generally agrees that the flood in Genesis was the beginning of the end for dinosaurs. So by the time Moses and the other writers started composing the books of the Old Testament, there may not have been many dinosaurs left. Still, they would have been a part of remembered history, so it is entirely possible that they’d show up in God’s Word.

The Behemoth & the Leviathan

One place that may directly refer to dinosaurs is the book of Job. God describes a powerful animal that only He can overcome: the Behemoth. There are some scholars who think it is something like an elephant or hippopotamus. However, the creature has a tail “like a cedar” (Job 40:17). That does not seem like a description of an elephant or hippo tail, which is where the disagreements start.

The other creature God uses to illustrate His power is the Leviathan. Once again, there is no consensus as to what this beast is. Some say it’s a crocodile, and others argue for some kind of aquatic dinosaur. The descriptions of Leviathan are a bit fanciful, so there are continuing disagreements about what “a flame comes forth from his mouth” means (Job 41:21). If taken literally, this creature would be a fire-breathing dragon. If it’s partially a metaphor, how much of the description is metaphorical and how much is not? These questions don’t have clear answers in Job, so we still don’t have a definitive identity for either creature.

Did humans coexist with dinosaurs?

Behemoth and Leviathan are the most obvious examples of possible dinosaurs in Scripture, but there are others as well. There is a Hebrew word—used around thirty times in the Old Testament—that is most often translated as “dragon,” “serpent,” or “sea monster.” We can’t be certain what these creatures were, but they appear to be giant reptiles that lived both on land and in water.

The fossil record also reveals evidence that humans and dinosaurs coexisted. There are places where dinosaur footprints and human footprints are frozen in time alongside each other in North America and Asia. Cave drawings, sculptures, mosaics, and pottery from around the world also depict dinosaur-like creatures along with human beings. How else would these ancient civilizations have known about these animals if they hadn’t been among people at some point?

All of this means that dinosaurs and humans probably coexisted, especially if Genesis is interpreted literally. Even though we’re not sure which creatures in the Bible refer to dinosaurs, it is possible the sea monsters, the Behemoth, or the Leviathan may have been dinos. Or they might simply be hippos and crocodiles; the debate is far from over.

Dinosaurs and humans probably coexisted, especially if Genesis is interpreted literally. This means that, even though we’re not sure which creatures in the Bible refer to dinosaurs, it is possible the sea monsters, the Behemoth (Job 40), or the Leviathan (Job 41) were dinos. Or they might be simply hippos and crocodiles; the debate is far from over. 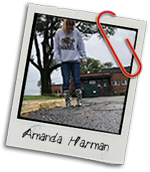 Amanda is an awkward literature nerd who is more comfortable with words than people. Her family, understanding this shortcoming, has lovingly supplied her with many books over the years to give them reprieve from her attempts at conversation. She is now in college, where she gets to read entrancing textbooks on research and ethics, and where she attempts to share some knowledge in coherent sentences working as a peer tutor. One day, maybe, if she studies hard enough, God will help her have a natural interaction with a stranger.