Can something be true for one person and not for someone else?

There are a lot of popular ways of expressing the idea of truth, like “true for me but not true for you” or “speak your truth.” Each of these sayings asserts that something can be true for one person but not true for another and both can be right. Sometimes this is called “relative or subjective truth,” which means that truth can change based on what a person believes or on the situation. The emphasis is not on who is right but on each person’s opinion. Subjective truth might be equated to how everyone has a different favorite flavor of ice cream. That is, we all like different flavors, but that doesn’t mean that someone is right or wrong for liking vanilla more than chocolate. A variable truth is what these statements are implying, but is that the truth about the truth?

Truth is an Objective Reality

Real truth describes the way things really are. This is called "absolute or objective truth." If something is true, then it's a fact, regardless of what someone else says, believes, wishes, or feels. If something is true, then whatever is opposite of the truth must be false. Opposites cannot both be true in the same way and at the same time. The couch cannot be BOTH all green AND all white. Either it is truly all green or it is truly all white.

Logic and our observation of the reality of the world around us tells us that there is only one truth. Let’s say you heard your aunt is pregnant, so you ask her, “Are you going to have a baby?” She says, “Yes,” but her husband says, “No.” Which of them is right? When it comes to pregnancy, the answer cannot be both yes AND no. She can’t BE pregnant because she thinks she is and simultaneously NOT pregnant because her husband thinks she isn't. The truth about her being pregnant cannot be “true for her but not true for him.” Pregnancy is an objective truth, meaning that it is or it isn't—no matter what anyone thinks or believes.

Some say that if a person truly believes something, then it becomes true for that person. But with what we know about reality, that cannot be. For example, if you believe God does exist and your friend does not believe God exists, does that change the fact that God exists? God cannot BOTH exist and not exist. You cannot both be right simultaneously because those are opposite statements. Just because someone does not believe in God, that doesn’t mean that God stops existing.

In the same way, someone may say, "That building doesn’t exist," but that doesn't mean the building in question evaporates into thin air or that the building only exists to you and not to someone else. No, the reality is that the building exists OR it doesn't—regardless of what you or anyone else believes, says, wishes, feels, or imagines.

Reality is truth. Facts do not change just because someone says they do. Facts cannot be true for one person and not true for another. Truth remains true.

If I said to you in English, “I cannot speak a word of English,” you would probably question that statement because I just used English. This is called a “self-defeating” statement. It's a statement where the meaning doesn’t match the words, so the statement is actually false. "True for you but not true for me” is a self-defeating statement because it implies that what a person believes only applies to him or her; yet those saying this statement are telling something that they believe applies to everyone, that is "true for you but not true for me."

So they negate what they were trying to say, which is why that statement is considered "self-defeating" and why it is false.  "True for you but not true for me" is also incorrect because there is only one truth (ONE reality)—not a reality dependent upon each person's thought process or beliefs.

The Truth About Preferences & Opinions

You and your friend might differ in favorite colors, music preferences, or desired foods—and that is OK! In this situation, you could have something that is "true" about you but different for someone else. Why is this instance OK? Because you're talking about relative or subjective preferences—not something that is objective, that is, related to unchanging facts. But even with preferences and opinions, truth still exists.

How should I respond to people with different opinions?

Throughout life, you will meet people who have differing opinions. Sometimes it's not a big deal, like when you like different TV shows. In situations like this, you might let them choose what to watch, putting their preferences before you own as an act of love. But sometimes having differing opinions is a more serious thing—like whether the Bible is important, if cheating is wrong, or if yelling at your parents is OK.

These topics deal with objective truth and facts, so even though you and your friend might have different opinions about these things, the truth remains the same. When this happens, it's a great opportunity to discuss why you believe what you believe and listen to what they have to say about their beliefs. Pray that your friend would believe the absolute truth. You can respect your friend while disagreeing them. God wants us to stand for and speak the truth but to always do it in love (Ephesians 4:15).


Yes, people have free will and humans are free to hold different opinions about whatever they want, and they may call their opinion their "truth." That's why it's important to investigate and search for the objective truth on things that are not preferences or opinions and not just believe everything you hear. Remember, just because we believe something, that doesn’t make it true.

If you and a group of friends rode in a car all day, wearing blindfolds, you'd have no idea where you were going or where you went. If someone asked you and your friends where you'd been, you all might have different and contrary opinions. But you cannot ALL be right; there is only ONE truth about where you have been—even if everyone had a different opinion. To find the truth, we'd need to investigate what really happened since truth is discovered not invented.

Truth describes the way things are in objective reality. If something is true, then that is a fact—regardless of what anyone says, believes, wishes, or feels. If something is true, then whatever is opposite of the truth must be false, because opposites cannot BOTH be true simultaneously. If people have opposite opinions about an objective fact, it cannot be true for one person and not for someone else. People can have different or changing preferences about something, but truth/facts are absolute. Our job is to investigate and discover real truth. When someone disagrees with absolute truth, you can still respect that person and speak the truth in love (Ephesians 4:15). 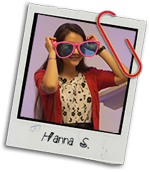