Did Jesus go to Hell between His death and resurrection?

“In saying, ‘He ascended,’ what does it mean but that he had also descended into the lower regions, the earth?” —Ephesians 4:9

This topic can be difficult to understand, especially because there are very few places in the Bible that talk about it, and the passages that do don’t have much detail. The first thing we need to understand is that “hell” is not quite as simple as we think. There are actually a few different biblical places for the dead that the word translated “hell” could be referring to: Sheol, Abraham’s Bosom, Hades, and the Lake of Fire.

The Hebrew word used in the Old Testament for the afterlife is sheol. Sheol simply means “the place of the dead” or “the place for departed souls.” It’s basically just a general word for the afterlife used a lot in the Psalms as a metaphor for death. Sheol is divided into two sections: Abraham’s Bosom and Hades.

This is where people who had faith in God went before Jesus payed for their sins on the cross. It is a place of blessing and contentment similar to Heaven. Jesus references Abraham’s Bosom in a story he tells in which Lazarus, a poor man, is “carried by the angels to Abraham’s side” (Luke 16:19-31). Because Jesus’s death on the cross was enough to pay for our sins and wash us completely clean from our sins, Christians no longer go to Abraham’s Bosom when they die, but to Heaven to be in the presence of God (2 Corinthians 5:6-8).

Abraham’s Bosom is separated from another part of Sheol by a great chasm (Luke 16:26). This place is often translated as “Hades” and is a place of torment and flames reserved for people who live in rebellion to God (Luke 16:22, 24). While this part of Hades is a place of punishment, it is not “hell” because it is not a place of eternal punishment. Hades is also temporary. Revelation 20:14-15 tells us that Hades will eventually be destroyed along with death in the Lake of Fire. Sometimes, Sheol and Hades are translated simply as a “place of the dead.”

The Lake of Fire

Lastly, the Lake of fire is what we would imagine as hell. It is the eternal place of punishment for angels and people who live in rebellion to God (Matthew 25:41). Currently, the Lake of Fire is not yet occupied by people. At this time, those who have rejected Christ go to Hades.

You can really see this distinction in Revelation 20:11-15. This passage describes what is known as the Great White Throne Judgment. Here “Death and Hades gave up the dead who were in them, and they were judged.” All the dead are brought before the great white throne, and the people who rejected Christ, if their names were not written in the book of life, are “thrown into the lake of fire” (Rev. 20:13, 15). Death and Hades are also thrown into the lake of fire, or hell, and are destroyed.

So, where did Jesus go?

Now that we have a better understanding of the biblical description of hell, we can get to the real question: Did Jesus go to hell between His death and resurrection? No, Jesus did not go to the place of torment. Ephesians 4:8-10 says that Jesus “descended into the lower regions, the earth” and from there led “a host of captives” with Him to Heaven. Many Bible scholars believe that this means Jesus went to Abraham’s Bosom and preached the resurrection to the people there who had faith that the Messiah would come, then led them to heaven. 1 Peter 3:8-10 says that Jesus “proclaimed to the spirits in prison,” though we don’t know which spirits these are or what the message was.

Jesus did go to the place of the dead, Sheol, but He did NOT go to Hell nor was He punished or tormented between his death and resurrection, for His work was finished on the cross (John 19:30).

While ultimately every person will end up in Heaven or Hell, when Jesus died on the cross, He simply descended to Sheol, the place of the dead. Sheol has a blessed side for people who had faith in God (Abraham’s Bosom) and a place of torment for those who rejected God (often called Hades). After He died, Jesus’ spirit went to proclaim a message to “imprisoned spirits” (1 Peter 3:19), and He may have gone to Abraham’s Bosom to preach the resurrection and lead those saints to live with Him in Heaven (Ephesians 4:8-10). 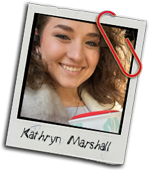 Kathryn lives with her husband in a small mountain town in New Mexico where she can often be found sipping Earl Grey tea and watching Dr. Who. She has a degree in English from Charleston Southern University and one day hopes to have a personal library in her home. Kathryn has been working in youth ministry since 2015, loves studying the Bible and talking about the Lord with other young women.