Has anyone ever seen God's full glory?

Has anyone seen God in His entirety, His entire being, His whole glory, His whole “god-ness”? The Bible tells us that "no one has ever seen God; the only God, who is at the Father's side, he has made him known" (John 1:18). That means that only Jesus has ever seen the fullness of God's glory. Of course, Jesus was God in the flesh (John 1:1), so technically, when people saw Jesus, they were looking at the one called Immanuel or "God with us" (Matthew 1:23). Jesus is the "Son from the Father" though (John 1:14), which isn't the same as God the Father.

But wait—what about those times when the Bible seems to say that some have seen God? Is this a contradiction? If we look closer at these instances, we find that what they witnessed was more akin to a presence, a vision, or an incarnation (Genesis 3:8; Genesis 32:30; Judges 13:22). And when most witnesses realized they'd seen God, they were amazed, asking themselves, "How did we not die?!" Still, these encounters aren't the same as seeing the full glory of God the Father.

Why hasn't God allowed anyone to see His full glory?

Well, you know how you aren’t supposed to look directly at the sun? The sun is so brilliant it can burn your retinas and potentially blind you if you gaze upon it directly. God is like that—but like a million suns. We fragile humans simply cannot do it without becoming consumed and destroyed completely.

I find the exchange in Exodus 33:12-23 helpful in breaking down why God doesn't allow us to see Him in His full glory. In this passage, we’re in the middle of a conversation between Moses and the Lord. For context, we need to remember that God would only speak to Moses through a pillar of cloud (Deuteronomy 31:15; Exodus 33:9). They would speak "face to face" in this way, just as a person would speak to their friend (Exodus 33:11). Can you even imagine?!

When we join the discussion, Moses is basically asking God for help in convincing his people to listen to him and making sure that God has his back (vs. 12-17). After God assures him that everything is going to be OK, Moses blurts out in worshipful adoration, "Please show me your glory!" (v. 18). Moses has been personally led by God for so long, and his love for his Lord is so tangible here.

What happens next is so surprising. Does the Lord say, "No, you'll die!" or "How dare you ask such a thing?" No, God essentially says, "Yes, I will allow it, but I will protect you from harm." Take a look...

"And he said, 'I will make all my goodness pass before you and will proclaim before you my name "The Lord." And I will be gracious to whom I will be gracious, and will show mercy on whom I will show mercy. But,' he said, 'you cannot see my face, for man shall not see me and live.' And the Lord said, 'Behold, there is a place by me where you shall stand on the rock, and while my glory passes by I will put you in a cleft of the rock, and I will cover you with my hand until I have passed by. Then I will take away my hand, and you shall see my back, but my face shall not be seen.'" —Exodus 33:19-23

God made it possible for Moses to glimpse a fragment of Himself. He also made it very clear that unless these precautions were in place, even witnessing His back would have killed Moses. My favorite part of this story is that when Moses returns from His conversation with God, his face is literally glowing (Exodus 34:29). All that from just talking to God and witnessing the Lord's back—while shoved in a rock! That is one powerful presence.

So, yes, God has allowed people to get a tiny glimpse of His glory and has appeared to people as a man or an angel. But no human being (other than Jesus) has seen God the Father in the fullness of His true form. 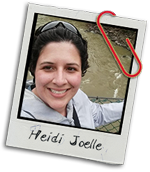