How can a Christian balance faith and grades in public school?

Being a Christian in public school can be challenging. Biology class in particular can be a dramatic experience when your faith clashes with what's in your textbook. In every quiz or test, you end up asking yourself: "Do I choose to be obedient to God? Or do I want good grades and a pleasant relationship with my teacher instead"?

As a teenager, I must admit I was greedy—I wanted both! I asked God for wisdom and then I knew what to do. At the top of every test, I wrote a short message:

"Dear sir, my answers will show you the things I have understood and memorized in your class. But I want to stress that these answers are not my personal opinion, because the writers of the curriculum have very different opinions from mine. I personally base my entire worldview on the Bible."

After this testimony, I felt I had total freedom to give the answers that were expected. Not to mention I gained the respect of my teacher because I also did well on the test!

Useful Tips for Surviving Public School as a Christian

Many scientists—atheists as well as believers—show a deep contempt for people who think differently than they do. They offend and hurt those others and miss out on some great opportunities. Remember, it goes both ways. Just because someone thinks differently from you, that does not make it okay to disrespect and hurt them.

A hurt person is less likely to be willing to listen to you, and therefore you will never be able to convince him of anything. It's also foolish to assume that people who think differently cannot teach you anything. King Solomon wrote the following in the Bible:

"I also saw under the sun this example of wisdom that greatly impressed me: There was once a small city with only a few people in it. And a powerful king came against it, surrounded it and built huge siege works against it. Now there lived in that city a man poor but wise, and he saved the city by his wisdom. But nobody remembered that poor man. So I said, 'Wisdom is better than strength.' But the poor man's wisdom is despised, and his words are no longer heeded. The quiet words of the wise are more to be heeded than the shouts of a ruler of fools. Wisdom is better than weapons of war, but one sinner destroys much good." —Ecclesiastes 9:13-18

So it is important to listen to others, or you might just be locking out some essential knowledge you are lacking for yourself.

Do all things with gentleness and respect

If you aren't sure if one of the above two methods would be well-received by your teacher, ask what his or her preference is for how you should deal with statements that contradict your faith. Are you allowed to question his teaching? How can you protect both your faith and do well in the class? Some teachers won't mind if you ask with gentleness and respect. First Peter 3:15-16 says to "worship Christ as Lord of your life. And if you are asked about your Christian hope, always be ready to explain it. But you must do this in a gentle and respectful way. Keep your conscience clear. Then if people speak evil against you, they will be ashamed when they see what a good life you live because you belong to Christ."

Of course, some teachers might not take well to being approached in this way, but the next verse after the ones above can give us hope: "Remember, it is better to suffer for doing good, if that is what God wants, than to suffer for doing wrong!" (1 Peter 3:17).

I once had a teacher who did not want to argue his point in front of the class. So we agreed that I could talk with him afterward. And guess what? Anytime I gave him interesting additional information or even convinced him of a better alternative, he would gladly tell the class at a later time. So he was certainly willing to debate but wanted to avoid the possibility of being stuck in an embarrassing situation (in case a student would outwit him in front of his own class ☺).

As a teenager, I was involved in breeding animals and cultivating plants, so I knew quite a bit about genetics and heredity. At the same time, I was an avid reader of biology books and encyclopedias. I knew a lot of facts and, in some areas, even more than my teacher!

But whenever I debated with him, I was polite and respectful. In those few instances where my teacher became hostile, I continued to be friendly. Why? Because I follow a Master who teaches gentleness. "Turning the other cheek" means that you will not be offended too quickly, but treat people who provoke you with kindness and patience. This way you will be an effective witness of the gospel in public school.

Being a Christian in public school can be hard because the curriculum often doesn't align with biblical principles and our beliefs. At the beginning of the year, respectfully ask your teacher what his or her preference is for how you should deal with statements that contradict your faith (1 Peter 3:15-16). If your teacher gets hostile about your request, continue to be polite and friendly. "Remember, it is better to suffer for doing good, if that is what God wants, than to suffer for doing wrong!" (1 Peter 3:17). Don't allow yourself to get offended too quickly, but treat people who provoke you with kindness and patience. 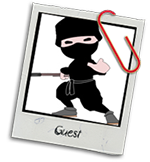 Jantina is from the Netherlands and believes the Bible is God's Word from beginning to end. When she runs into things that seem to contradict the Bible, she realizes that they might just be flawed in their thinking.