Should Christians go to parties?

A lot of people believe partying hard is a part of adolescence. Now, obviously, being a loner who sits at a computer all day writing satirical articles for 412teens.org, you can imagine I don't get invited to many. But that's okay, because parties are stupid. Who wants to see people, meet people, and play party games? At least, that's what I tell myself when all my friends are off having fun while I'm all alone. :-P

Aren't there really only two fundamental reasons why any teen would go to a party anyway? One, to drink beer, and two, to talk to girls. Drinking is definitely something that should be avoided until you're of legal age, and even then, always practice moderation with alcohol. But you don't need parties for drinking. As for talking to girls, there are plenty of other ways to meet interesting people. Youth groups, school, church (although there are more important things to do in church than check out that cutie two pews ahead of you). You have options!

It's true though: we were made to be in groups. As human beings, we want to be together, and parties are a natural effect of that desire. The Bible even says that we should be friends with Jesus (1 Corinthians 1:9), God the Father (1 John 1:3), and the Holy Spirit (Philippians 2:1). In fact, 1 John 1:7 says that we should be friends with other believers simply because we have at least one thing in common—we've all been saved. The only thing we're warned not to be friends with is evil (1 Corinthians 10:20). Not going to argue that one.

Like most things, not every party is created equal. There are going to be good ones and bad ones. In an ideal world, instead of eating pot brownies (laced with marijuana) and playing "Spin the Bottle," kids would eat "Lot" brownies (laced with sea salt) and play "Spin the Bible." But clearly, that's not going to happen anytime soon. (Oh, if you do happen to be at a party in which they play "Spin the Bible," leave as soon as possible, because that sounds like some kind of strange pagan ritual. ☺)

So, the best thing to do is to avoid parties in which you know for sure beforehand that there will be illegal or immoral activity going on. But how far is too far? If the party is going to have drinking, drugs, and/or sex games, it's not a place for you. Sure, you might think you can party innocently, but as a believer, you need to be on your guard about temptations (2 Timothy 2:19) or hanging out with people who will lead you in the wrong direction (1 Corinthians 15:33).

When You Can't Say No

Any teen knows as well as I do, that saying "no" to a party is not always possible, or else you say "yes," thinking it's a safe party, but then you get there and find people crowded around a beer keg. Sometimes it can be hard to be sure if a party is going to be okay or not.

The best thing to do if you find yourself at a party where you're pressured to do things you're not comfortable doing is to leave. Just leave! If you came with a friend, and they seem to be giving into the pressure, remind them of their predestined morals and encourage them to leave with you. If they do, great. If they don't, just express your disappointment with their choice (in the most kind and gentle way possible; see Ephesians 4:15), then get yourself out of there—before some old lady next door calls the cops with a noise complaint.

Parties as a "Mission Field"

Now, some people might say, "But I'll go into the darkness and be a light for Christ! I'll share God's love with unbelievers and show them the hope within us!" Riiiight. Do you really think that non-Christians at any given party came with hearts prepared to receive the gospel? If there's drinking, drugs, and sex in the back rooms, it's pretty unlikely. While we shouldn't pass up on a chance to hang out with other believers if we can help it, we do need to be careful about inviting temptations into our lives or giving the impression that we're involved in things that compromise our morals.

So, should Christians go to parties? We (I...#foreveralone) see no problem with parties in and of themselves—so long as your parents have given you permission to go. Parties can be a good way to socialize and catch up with friends while enjoying chaste, moral behavior. However, certain parties should be avoided if they promote sinful actions or expose us to temptations that would put us in a position where we might choose to sin.

As human beings, we want to be together, and parties are a natural effect of that desire. The Bible even says that we should be friends with Jesus (1 Corinthians 1:9), God (1 John 1:3), and the Holy Spirit (Philippians 2:1). 1 John 1:7 says that we should be friends with other believers. The only thing we're warned not to be friends with is evil (1 Corinthians 10:20). Parties are not sinful in and of themselves, but it's possible a party may cause us to sin. Choose your friends and activities wisely, and you can have fun while remaining a light to the world. 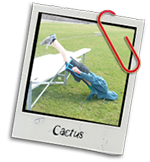