What does the Bible say about complaining?

John Raz here. Man, I just hate having to write articles for 412teens. It's such a bother, and it's so boring! That editor, Cat, can really get on my nerves! Okay. Nevermind. It's actually pretty fun. I like it. Cat is really cool too. I'm sorry for complaining. But now that you've listened to me complain a bit, what does the Bible have to say about it?

Well, there are quite a few complainers in the Bible. Adam complains about his wife giving him the fruit (Genesis 3:12), and his son Cain complained in his heart about God liking his brother's sacrifice better than his (Genesis 4:6). The Psalms have many examples of David and others complaining to God about various things.

One person in the Bible who complained to God the most was Job, but he didn't do anything wrong by complaining (Job 1:22, 2:10). Job shows us that sometimes we can complain without sinning. But the Bible doesn't really encourage it. In fact, Paul tells us to "give thanks in all circumstances; for this is the will of God in Christ Jesus for you" (1 Thessalonians 5:18).

There are two Greek words that have to do with complaining in the New Testament. (There are probably more, but I'm not giving a seminary lecture here.) The first one is translated as "complainer" and is only found once in the New Testament [1]. This word means "one who complains of his lot, his station in life." [2] The second word [3] is commonly translated "grumbling" or "murmuring" but carries a similar theme with one difference: this one more commonly means to complain to yourself, in your mind.

In Philippians 2:14-15, Paul says we shouldn't complain if we can help it, so that we can be "blameless and innocent" and "shine as lights in the world." Peter tells us that we should show hospitality without "grumbling" (1 Peter 4;9), because it wouldn't make you seem very hospitable. Think about it, if you're at your friend's house and you hear his mom is complaining about having to fix dinner for yet another person (you), that wouldn't make you feel very welcome, would it?

Likewise, even complaining to a friend about a mutal acquaintence could cause problems between you and the friend or the friend and the other person, and... Well, it can get messy—especially if your complaining causes people to take sides and start fights.

So it may not be wrong to complain in all circumstances, but we should always be thankful to God like Paul tells us. We can complain to God because He's big enough to take it. But it's wrong to complain about Him. See the difference?

When Miriam (Moses' sister) complained about Moses, God's servant, she was given a terrible disease. It's doubtful that God would do that today, but He takes it pretty seriously when we complain about Him, or His closest servants.

Everybody has to vent and get things off his or her chest every once in a while. Remember, if you have to complain about something to God, complain about the sin that keeps you from Him. Even in complaining about that to Him, we won't have to complain long, because He tells us that if we confess our sin, He will forgive and cleanse us from that sin (1 John 1:9)! Then we can give thanks to Him for the gift of eternal life that we have through His son Jesus.

In Philippians 2:14-15, Paul says we shouldn't complain if we can help it, so that we can be "blameless and innocent" and "shine as lights in the world." Yet everybody has to vent and get things off his or her chest every once in a while. It's okay to talk things out, but we should never do so with the intention of hurting others. To be on the safe side, if you have to complain about something, complain to God. Complain about the sin that keeps you from Him, and He will help you begin to heal (1 John 1:9). 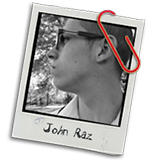 John Raz is a diabetic who enjoys writing, playing guitar, and photography. He rarely knows what to put in his own bio because he's not good at talking about himself, but he would love to talk to you about Christ!