What does the Bible say about white lies? Is it okay to lie to avoid hurting someone?

As believers of Christ, we should all be working toward glorifying the Lord. So will a "white lie" count for or against the goodness that will glorify Him? If the lie doesn't hurt anyone, does it even count? What if it would hurt a person to tell them the truth?

Even though the world excuses some lies because they're trivial (like saying traffic made you late when it didn't) or for the purpose of not hurting someone's feelings (like saying you like someone's bad haircut or the meal they cooked), the Bible tells us something different about lies in general. Simply put, lying is a sin (Leviticus 19:11; Proverbs 12:22), and God condemns it (Proverbs 6:16-19).

Telling white lies to help others

Is lying ever a good thing to do when it comes to sparing a friend's feelings? It may be hard, but we still need to tell the truth. Don't turn around in circles with the truth; it will only confuse you when lies have to cover up other lies. Lying is never something good or righteous. If those white lies were to be found out, then you would be known as a liar and your word would be disreputable.

God desires for us to be truth-tellers, and He will honor that—even if it ends up hurting the person we must tell the truth to. We all need to walk in the light, and lying would only prevent people from seeing Christ's glory in us. Lies can only mar the goodness the children of God should have (Philippians 2:15; Ephesians 5:8).

Tellers of white lies believe they are speaking lies out of "love," yet how can there be love in dishonesty? If our own Father—who is Love Himself—condemns lying, there is no way a believer can justify even a "small" lie.

Telling white lies to help yourself

Who defines the "good" that results from a lie? A friend of mine once told a white lie, and I believed her. Our friends laughed when I realized she had lied, which was a benefit to her, giving her a good reputation as being funny. But what about me, her friend who she took advantage of? I felt hurt and betrayed. Matthew 23:12 says, "Those who exalt themselves will be humbled, and those who humble themselves will be exalted."

Telling a white lie to benefit oneself is nothing but selfishness. When our words are motivated by showing off to make ourselves look better, smarter, funnier, more experienced, etc., then we will find ourselves tempted by pride (1 John 2:16).

Where do white lies come from?

Being truthful is a precious delight to God (Proverbs 12:22). Not only that, but telling only truths helps strengthen our character and reputation, making us more Christlike. Proverbs 21:21 says, "Whoever pursues righteousness and love finds life, prosperity and honor."

Why are white lies such a big deal?

The "everybody else is doing it, why can't I?" mentality is a slippery slope. The world loves to justify their wrong actions to the point of saying that they are actually doing good. Premarital sex is not "fornication"; it's "making love," right? If I withhold what I really think of my friend's painting from art class, it not lying; it's being polite, right? Wrong. No matter how you sugarcoat sin, it's still sin.

Our sins are like ink on a pure white sheet of paper—even a "tiny" sin is like a drop on that paper that sticks out to God. Sin is a big deal. All sins are seen by God, and one day we will all be asked to answer for our actions (2 Corinthians 5:10).

Coloring lies, whether white or black, does not come from the goodness of God. A white lie will always be a lie, and as we've already said, it is Satan who is the father of lies. We don't exist to satisfy the needs of others or ourselves by telling lies. Lying is still lying whether we use it to protect our secrets or to spare a friend from rebuke. Have faith that the truth will be enough and that it is right to say it. Though truth-telling can be hard, remember that we can do all things through Jesus Christ (Philippians 4:13).

Why is telling the truth such a big deal?

Have you ever experienced being lied to? Have you ever caught someone in a "white lie"?" It's not exactly fun, is it? Big lies, small lies—there's no difference. The intention of deception will grow in the heart of a liar. White lies are training for bigger lies. Don't give in, or your conscience may be seared (1 Timothy 4:2). We are new creations in Christ (2 Corinthians 5:17), and we can choose to sin no more (John 8:11).

"The LORD says, 'I will guide you along the best pathway for your life. I will advise you and watch over you.'" —Psalm 32:8

As believers of Christ, we should all be working toward glorifying the Lord with our words and actions. Lying is never something good or righteous and could lead to being known as a liar. God desires for us to be truth-tellers, and He will honor that—even if it ends up hurting the person we must tell the truth to. We all need to walk in the light, and lying would only prevent people from seeing Christ's glory in us. Lies can only mar the goodness the children of God should have (Philippians 2:15; Ephesians 5:8). 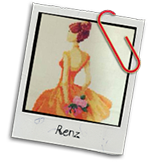 Renz is a Literary Writer in her campus media. She giggles a lot, loves to read the Bible, and her passion for the Lord leads her to victory every day.