Why are Christians against premarital sex?

If a couple is going to get married anyway, why can't they have sex before their wedding day?

This is a hard question for a lot of us today. With all the sex-based ads and sex promotions telling us that that sex is the best way to show our significant others love, we miss out on what God created sex to be: a way of bonding a husband and wife in marital love (Matthew 19:5; Mark 10:7). (Not to mention that it's also how we procreate, awkward as that sounds.)

Sex, no matter who it is with, is a special relationship between two people, making them "one body." The apostle Paul talks about how even a man who has sex with a prostitute has become "one body" (1 Corinthians 6:15-16). There is a level of vulnerability in any sexual relationship, and you should fully trust the other person before making yourself that vulnerable. That is why the Bible instructs that we should only have sex in the context of a committed, trusting, marital union.

Paul tells us in 1 Corinthians 7:2 that if you cannot control the temptation to have sex outside of marriage, then you should be married to the one you love, then you may both fulfill your passions in a moral way. After all, God has lordship over our bodies and our souls, and we must respect that (1 Corinthians 6:12-20).

Marriage is, at its very essence, a way to worship God. When two people are married, they become one body, functioning together to give glory to God. Ephesians 5:21 talks about the metaphorical nature of "becoming one," but also the literal, physical act of two bodies joining during sex. The couple also "becomes one" when they create a child. This is very literally two persons genetically making one body (or more in the case of a multiple births).

Just because a couple has the intention of getting married, that doesn't mean they get the green light for sex before their wedding night. Premarital sex shows an impatience and disrespect to oneself and his or her spouse-to-be. They'll lose the special nature of how God designed martial sex to be. To tell your prospective husband or wife that they're worth waiting for will actually strengthen your relationship and act as a profession of your commitment to that person.

A Story of Premarital Sex

Someone I know very well was in this situation. She had dated someone for three years, and she thought that he was "the one." One night, she and her boyfriend had sex. At the time, neither of them thought it would matter. Both of them were ready, and they both wanted to get married someday when they were a little more financially stable.

However, time went on, and their lives led them in different directions. He ended up leaving her, and she was heartbroken. She felt like she had given him everything, yet somehow it wasn't worth enough to make him stay and work things out. In turn, this made her feel worthless, broken, and used.

I won't say that this happens in every story. I don't know everyone's story. But I do know that, emotionally, sex creates a vulnerability that you cannot get from any other kind of relationship. God is trying to protect us by telling us to marry the partner that we want to have sex with. He wants us to live fulfilled and joyful lives, but if we are having sex outside of marriage, that IS very likely going to have a huge effect on our lives and our relationship with God.

If premarital sex is so bad, why does my body want it?

It is often really hard to control ourselves physically when it comes to feelings of sexual pleasure. Maybe you know that premarital sex is not a good choice, but you just can't help it. Why is it that our bodies rebel against our minds when it comes to sexual purity? Matthew 26:41 says that "the spirit indeed is willing, but the flesh is weak."

Simply put, God created sex to be pleasurable, that's why our bodies desire it and all the sensations that come with it. But sex was created to be enjoyed only in the context of marriage between a husband and wife. (See 1 Corinthians 6:9, 13 and 2 Timothy 2:22.)

Biologically, sex makes our bodies release hormones that are not released in any other situation. Once you begin having sex with someone, your brain begins to create markers that associate these hormones with that person. This is one of the strongest bonds to an outside force that the human brain ever creates. Every time a person has sex, they leave a part of themselves with their partner.

Breaking up with a person you have had sex with will hurt exponentially more because of the fact that you have been at your most vulnerable with them, yet the relationship still failed. Then there are the biological challenges that your brain must resolve because the good feelings have gone away with that person. Sex within a godly marriage removes the risk of loss and pain due to a break up.

God created marriage to last. The Bible tells us that God hates divorce (Malachi 2:16). Through the act of martial sex, a couple creates that lasting bond emotionally, physically, and spiritually.

No matter how confident you are in your birth control methods, there is ALWAYS a chance of contracting an STD (sexually-transmitted disease) or even creating a child. Condoms and pills and such don't always work. Things break, medications don't do their job. But some things are much longer lasting than those fleeting moments of sexual pleasure.

If you and your partner are not completely ready to bring a child into the world, then sex is very risky. Creating a child should be a beautiful, welcome, God-honoring action—not the reason for a shotgun wedding, the unthinkable consideration of an abortion, or just a pair of unmarried teenagers who are faced with something they should never have to deal with at that age.

Can I be forgiven for having premarital sex?

When a Christian has premarital sex, or when one who has lost their virginity comes to Christ, the Holy Spirit convicts that person of their sin. They will grieve over it, and hopefully repent from that behavior. However, remember that there is no sin too great that God will not forgive it. If you confess, God will forgive you, cleanse you from "all unrighteousness" (1 John 1:9), and restore you (Joel 2:25) as a new creation (2 Corinthians 5:17; Colossians 3:10).

God does not make rules just so we have rules to follow. God desperately, passionately loves us, and He gave us the Bible to help guide us into having creative, beautiful, productive lives. He doesn't want to make us do things just for the sake of doing them; God honestly knows what is good for each and every one of us individually.

When He tells us not to have sex outside of marriage, He isn't saying it to make you miss out on the enjoyment of sex. He says it because He knows your heart, your biological makeup, and that sex outside of marriage is not what is best for anyone in any sense. Trust that the God who created you—and loves you enough that He even knows the number of hairs on your head—knows what is best for you.

Trust in the Lord with all your heart, and do not lean on your own understanding. In all your ways acknowledge him, and he will make straight your paths." —Proverbs 3:5-6

Sex, no matter who it is with, is a special relationship and act of trust between two people, making them "one body." It is an emotional and physical bond that God designed for a man and woman committed to each other in marriage (Ephesians 5:21). Yes, sex is pleasurable, but sex was created to be enjoyed only in the context of marriage between a husband and wife (1 Corinthians 6:9-13; 2 Timothy 2:22). To share this union with someone other than your husband or wife is a great risk of your heart, body, and trust. Once those things are broken, it is hard to heal them. God wants to protect you from that hurt; that's why you must reserve sex for your spouse alone. 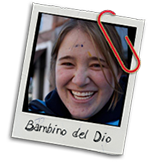