Is Jesus God? Did Jesus claim that He was God?

To begin, if someone asks, “Where does Jesus say he's God?” and they're looking for the explicit words “I am God” straight from Jesus’ mouth, they aren’t going to find them.

That said, the New Testament is littered with claims made by Jesus that can only be understood as Him claiming to be divine. First, Jesus takes the names or attributes of God (e.g. God's omnipresence) and applies them to Himself. Second, Jesus claimed to do things that only God can do (e.g. forgiving sins). Jesus’ disciples and other Jews knew that, by saying these things, Jesus claimed to be God (John 10:33; John 20:28). If Jesus’ contemporaries knew He was claiming to be God, then we can know this too.

Perhaps the most famous example of Jesus claiming divinity is John 10:30 where Jesus declares, “I and the Father are one.” When He said this, the Jews sought to stone Him for blasphemy “because you, being a man, make yourself God” (John 10:33). In saying He is one with the Father (God), Jesus asserts that He possesses the same nature as God—one in nature and being. It's the same as though He had said, “I and the Father are one and the same.”

In John 8:58, Jesus says, “Truly, truly, I say to you, before Abraham was, I am.” The Jews recognized the personal name of God from the Old Testament, YAHWEH, and wanted to stone Jesus for applying God's name to Himself. "I AM" (or YAHWEH) is the name God specifically told Moses to address Him by in Exodus 3:14. In English translations of the Bible, it is often written as the LORD (in small caps).

Jesus explicitly claims He is an eternal being when He asks the Father to restore the glory He had “before the world existed” (John 17:5). This quality of Christ is emphasized when Jesus says to John, “Fear not, I am the first and the last,” a perfect echo of the LORD when He told Isaiah, “I am the first and the last; besides me there is no god” (Revelation 1:17; Isaiah 44:6).

God is described numerous times by Solomon and David as being uncontainable, filling the heavens and earth (1 Kings 8:27; 2 Chronicles 2:6)—omnipresent, existing everywhere at once. (Also see Jeremiah 23:24.) Similarly, Jesus claims to be omnipresent when He says, “For where two or three are gathered in my name, there am I among them” (Matthew 18:20). He claims omnipresence again when He says He will manifest Himself to anyone who loves Him and will be with them no matter where they are (John 14:21-23).

Jesus Does Things Only God Can Do

Jesus also claims authority and abilities that only God can have. For instance, Jesus says it is He who will sit on His throne in Heaven and judge the world at the end of days (Matthew 25:31-33). This directly parallels the claims the LORD made to Joel and through the Psalmist (Joel 3:1-3; Psalms 9:7-8).

Perhaps even more significant than this is Jesus’ claim to have the authority to forgive sins. In Mark 2:5-12, Jesus references final forgiveness which leads to sanctification—something only God can do. At His words, some of the Jewish scribes were enraged, charging Him with blasphemy (again!), because “who can forgive sins but God alone?” (v. 7). But Jesus reasserts His claims, saying, “But that you may know that the Son of Man has authority on earth to forgive sins” before healing a paralytic (v. 10).

To make His divinity even clearer to the Jews who wanted to kill Him for claiming to be God, Jesus declared right in the temple, “Whatever the Father does, the Son does likewise” (John 5:19). Everything God can do, Jesus can do.

The Disciples Name Jesus as God

The Bible is clear that the disciples and apostles regarded Jesus as God. John is the most straightforward in this, beginning his gospel by saying, “In the beginning, there was the Word, and the Word was with God, and the Word was God” (John 1:1). This "Word" is who became incarnate as the man Jesus, God in the flesh (John 1:14). Similarly, Paul declares that Jesus is “God over all” (Romans 9:5). To Titus, Paul says to wait for “our God and Savior Jesus Christ,” and Peter writes that he is a servant of “our God and Savior Jesus Christ” (Titus 2:13; 2 Peter 1:1).

Thomas bows to Jesus after Jesus comes back to life, worshiping Him, and calling Him “My Lord and my God!” Jesus doesn't correct Thomas, rather, He says, "Have you believed because you have seen me? Blessed are those who have not seen and yet have believed" (John 20:28-29). That's a stark contrast to Peter and the angel in Revelation, both of whom refused to be worshiped by anyone because they were not God (Acts 10:25-26; Revelation 22:8-9).

To borrow the words of C.S. Lewis in Mere Christianity, “Either this man [Jesus] was, and is, the Son of God, or else a madman or something worse." This “something worse” would be a liar or, in Lewis’s words, “the Devil of Hell.”

Jesus claimed to be God. He believed Himself to be God. His disciples believed Him to be God, and they rightly worshipped Him. Given these points, if Jesus was wrong, “your faith is futile and you are still in your sins,” and everything we believe as Christians is a lie (1 Corinthians 15:17). But Jesus is NOT wrong, and He is certainly no liar or lunatic. His sacrifice for our sins was sufficient to grant us God's grace, as God over all, ready to receive anyone who draws near to Him (John 14:6; Hebrews 7:25).

Jesus didn’t explicitly say, “I am God. Here’s why.” But He absolutely claimed to be God by applying the names and attributes of God to Himself (John 8:58; John 10:30; Matthew 18:20) and by claiming authority to do things only God can do (Mark 2:5-7). Everyone around Jesus knew He was claiming to be the incarnate God of the Old Testament. Some responded with hate, others with worship (John 10:33; John 20:28). Either way, yes, Jesus claimed He was God, and because He died and came back to life, we know He is Lord—God over all. Jesus saves and redeems us if we draw near to the Father through Him (John 14:6; Hebrews 7:25). 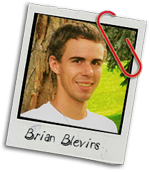 When he’s not with his family or studying God’s Word, Brian is making the most of the outdoors. He loves answering questions and sharing reasons for the hope that we have so that other people’s faith can be as strong as possible. He loves his family, friends, and his dog, and he's here to help with anything that comes up. Nothing is off limits.