Being Colorblind in a Racial World

We live in a broken world, and it feels like this year has been bringing all of it to the forefront for us. As Christians, we believe that we were all made in the image and likeness of God, that each and every person was formed perfectly, and that each person has an inherent dignity. And we see in our country a fight for that to be realized, especially for those who aren’t white.

I don’t know about you guys, but my Facebook feed is full of all sorts of people posting different things, and it’s super confusing knowing what we can and cannot do to help—especially if you are white. We need to be part of the change we want to see, and we cannot do that by having double-standards or by shaming people into silence —on either side. So, in an effort not to be hypocritical, I'm going to share some of my story with you. May you find some hope in it.

First, I’m white. Super white. Burn-while-driving-the-car-white. My sister walks outside and turns into a bronze goddess. Me? Nope, I got my dad’s Irish genes. Sunscreen on? Yup. Still gonna be a lobster at the end of the day.

And I was raised colorblind.

I know this is a buzzword right now, and many people are condemning it as unfair to People of Color. But before you roll your eyes at the "Christian White Girl" trying to "prove" she’s not racist, please, let me explain.

My family had several African exchange students living next to us, so people of color were not foreign to me—though I honestly didn't notice their skin color. But when my first little sister came from India at 1-1/2 years old, little 4-year old me got concerned after Sissy had been with us for a while. While bathing with Sissy, little me told my mother, "The brown won't wash off."

That was when my mother, after chuckling at my childish simplicity, explained that Sissy was naturally brown, that the brown shouldn’t come off because that’s how God made her. Once I knew that, everything was fine, and brown skin was no different than white to me.

This "colorblindness" was something that my mother encouraged.

She raised us all to see each person as just that—a person. I never knew that Sissy was "disabled" or "special needs." I just knew she got to ride horses because her legs didn’t work right, and they were helping her learn (equestrian therapy), that she had people come sing with her (music therapy), and when she was in school, she had someone to help her because she needed help. In my mind, her experience was just as valid and unique as mine was. Each person had different needs because we were different people.

My parents opted for a local adoption next and asked the agency, "Which children need homes the most?" The answer? "The disabled, the older kids, sibling groups, and the black kids." So my mom said, "Great. Find us kids that need someone to love them." And we welcomed into our family 2-year-old twin crack babies with beautiful dark brown skin and the thickest black hair I'd ever seen. This trend continued until there were fifteen of us. Six of us kids were white (my parents' four biological children and two adopted half-brothers) and nine were varying shades of brown (Sissy, the twins, and another sibling group).

I spent my formative years in what, I later learned, was a very atypical setting.

Disabilities were not considered failures; skin color meant nothing except how much mom was going to be on us about sunscreen (and how much aloe vera was needed after swimming); and every person—no matter what—was someone we were supposed to care for and love.

We had Chinese friends make us food for their holidays, and one of the women started teaching me Chinese. My best friend was Japanese. On our cul-de-sac, we had a black family on one side and a white family on the other. I lived next to an Indian Reservation, and, to this day, I have a fierce love of the culture and not letting their history be lost or whitewashed.

Now, decades later, I take care of one of the twins, Miranda. I’m her caretaker, as she lives with me and we go almost everywhere together. And I'll probably continue doing so for the rest of my/her life.

Do I stop and think about the fact she’s black? No, not unless I’m thinking about what products to get for her hair or how she needs more lotion than I do. Or when we're together at the store, and I get raised eyebrows. Or when I have to explain to another person on her care team that, YES, she IS my sister.

I know I look like the typical "white woman with a savior complex."

I know what people think of me. Here I am with my black sister who sometimes has to have things explained to her like she’s a child. I get snide looks when I go to black hair salons and funny looks when I take her to one that typically caters to white women. I get judged by black staff members on her team. I get patronizing looks when I explain why the hairstyles they suggest won't work, but I let them "prove" me wrong. (Every time, they come back and say I was right. I know Miranda's hair—just sayin'.)

My mom dealt with the same thing. I deal with it because Miranda is worth more than snide remarks and patronizing looks. Growing up, I never knew race was an issue—neither did Miranda. When we went to school? We learned about the history of this nation, and I left feeling sorry for the past, but so glad that we were moving forward. (I feel similarly about the Women’s Rights movements—not perfect, still needing work, but at least a step ahead of where it was.)

But Miranda has been hearing from both white and black people that "white people don’t like black people" and that she and I should "match." I have to fight back this mentality with her constantly.

So, yeah—I'm colorblind. And honestly, it offends me that I keep seeing people painting anyone who says this with the same brush. To quote Martin Luther King Jr., shouldn't the goal be that people would "not be judged by the color of their skin but by the content of their character"? THAT is how I was raised. Yes, I’m painfully aware that mine was a unique upbringing, but my hope and prayer is that it won’t be so unique for long.

I was raised to notice when someone was hurting and RESPOND.

Yeah, go ahead and accuse me of a savior complex because I always want to help. But I MUST help because injustice eats at me until I respond. I've had to learn to step back from some of that and focus my attentions. But I won't apologize for wanting justice and for wanting to help. It's the part of me that fights for Miranda to get the services she needs and deserves. It's the part of me that encourages her to see herself however she wants to see herself and not be tied to whatever stereotype is flying around at the moment.

Yes, it's hard to know what to do—especially when so much of the world divides us further. We have to stop forcing labels on each other and admit that we've ALL failed in this fight for equality and unity, then move forward. I don't want to imply that any culture is any less beautiful, that a darker skin tone hasn't caused problems for many.

But we also can’t have it both ways.

To my friends of color, if you rightly ask me to join you, please don't tell me to keep my white mouth shut. If you rightly demand you aren't judged by your skin, then please don't condemn me for being "colorblind."

And to my white friends, please stop acting like you're a martyr in this. Stop going so far overboard that you're making the divide worse. If you have failed, then own up to it, apologize for it. But remember, the goal here is to reduce the divide between races—not antagonize it.

It's well past time we ended all inequality and treated every person with the dignity and value they inherently have rights to.

This starts with allowing ourselves to be vulnerable and open with each other. I've had several white friends message me saying, "I'm afraid of coming across racist if I ask a question, please help! I don't know where to turn." When fear of being called racist is so strong that someone can't even ask how they can help, then we've defeated ourselves. When we're teaching another generation of children "don't be racist" rather than "respect and protect all people equally," then we have a problem.

Teens, the best thing you can do right now is to hold your friends responsible. Positive peer pressure can be a good thing. Your biggest influence is the circle of people around you. Set an example of someone who loves, respects, and protects every one—without favoritism or bias. Your generation has an incredible opportunity to change the world.

Parents, teach your children to be kind, to stick up for anyone being bullied—be they another race, religion, orientation, or identical to them. Teach them to recognize injustice—because every single person has been made beautiful, perfect, and is precious. Teach them that every life has dignity.

Together, maybe we can end the "race war" and these terrible injustices at the same time. Maybe someday, parents of black children won't have to teach their kids "police safety" in the hopes that they'll make it home alive. Maybe someday, we won't have fear permeating our culture, but love and compassion instead.

Do we need to be using this momentum to end the injustices?

Politically, YES. (If you're old enough to vote, let your voice be heard!) But in our daily lives, I believe that making race the only issue perpetuates the problem of injustice. Maybe I'm wrong. Maybe I'm speaking from my White Castle. But I would honestly love for our nation to begin recognizing the dignity of everyone as a whole. 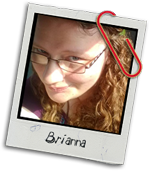