What does the Bible say about racism, prejudice, and discrimination?

The first thing we need to agree upon when talking talking about this topic is that there is really only one race—the human race. For example, Caucasians, Africans, Asians, Indians, Arabs, and Jews are not different races; they are different ethnicities within the one human race. Other than minor variations, all human beings have the same basic physical traits, and every person is made in the image and likeness of God Himself (Genesis 1:26-27).

How cool is that? We get to have similar characteristics as God, such as creativity and having a spirit. And He loved the world so much that He sent Jesus to lay down His life for us. When John 3:16 refers to the "world," it is talking about the entire human race—all ethnic groups, religions, subcultures, and social cliques included.

Racism is nothing new.

Sadly, racism has been a plague on humanity for thousands of years. In the first half of the Bible, the Old Testament, God divided humanity into two groups: Jews and Gentiles. The Jews were a group of people descendent from Jacob. A Gentile was, well, everyone else. God intended for the Jews to lovingly minister to the Gentiles in a way that honored and glorified Him. Instead, the Jewish people mostly became prideful of the status God had given them and ended up hating the Gentiles. Thankfully, Jesus Christ put an end to this, breaking down the dividing wall of hatred between the two people groups (Ephesians 2:14).

Jesus died for everyone.

Jesus says to love one another as He loves us (John 13:34). If God is unbiased and loves us equally without showing favoritism, then we need to love others in the same way. It doesn't matter what people were raised to believe, where their family came from, how they act, or even who they're dating. Jesus loved everyone and died for them ALL.

This may sound like a tall order, and, yes, it is. Loving everybody equally is not something we can do by our own strength, but with Christ, we can. Because love is a Somebody, and that Somebody is Jesus; Jesus alone can teach us love and help us to love others more as we grow to know and love Him.

Take a minute to read Matthew 25. Jesus is teaching that whatever we do to the least of His brothers, we do to Him. Basically, if you show hatred or racism/prejudice/discrimination to any person, it is like we are disrespecting God Himself. Why? Because He made that person in His image, He loves that person too, and that person was equally important to Jesus—important enough to die on the cross in their place.

Yes, racism and prejudice are a reality, but it isn't how life should be. God is not biased and doesn't show partiality or favoritism (Deuteronomy 10:17; Acts 10:34; Romans 2:11; Ephesians 6:9), so we shouldn't either. James 2:4 talks about people who discriminate as "judges with evil thoughts." This is where that dandy Golden Rule comes in. Did you know it originates from the Bible? God tells us to treat others as we'd like to treated, or, "love our neighbors as ourselves" (James 2:8).

Every form of racism, prejudice, or discrimination, whether it seems big or small, is a sin and yet another reason why Jesus was nailed to the cross.

If you are a victim of racism, prejudice, or discrimination...

If you have been the object of racial hate, prejudice, or discrimination, as hard as it sounds, you must forgive those who have hurt you. Ephesians 4:32 says, "Be kind and compassionate to one another, forgiving each other, just as in Christ God forgave you." We may not think racists deserve our forgiveness, but we didn't deserve Christ's forgiveness either. Though He was beaten, tortured, and strung up to die a painful death, He still willingly and lovingly said, "Father, forgive them!"

Of course, this does NOT mean that if you are actively being bullied or physically/mentally abused, then you have to roll over and take it. Physically defend yourself enough to get out of the situation, then seek help right away. Talk to a parent or guardian, aunt, uncle, youth pastor, trusted friends, neighbors, teachers, the police—anyone who can get you some help.

This is another reason why it's so important that we allow God to heal our hearts and forgive others. Not forgiving someone only hurts you more. Just like loving people, forgiving someone can seem impossible. But as Christ is the ultimate example of forgiveness, through Him, nothing is impossible. Allow Him to teach you how forgiveness can set you free from the hate.

If you are practicing racism, prejudice, or discrimination...

Galatians 3:28 says, "There is neither Jew nor Greek, slave nor free, male nor female, for you are all one in Christ Jesus." If you currently hold hatred in your heart for a group of people because they are a different ethnicity or religion or social group or whatever, there is only one thing that needs to be done: REPENT.

Repentance is a part of obedience to God and is different from confession. It is not asking God to forgive each sin individually (that's confession), because He fully paid the price for sin and forgave us when He died on the cross. Instead, to repent is to completely change your mind about your sin and to sincerely desire and to change your behavior to become more like Christ.

So what about you? Do you need to forgive or repent regarding racism, prejudice, or discrimination? Or simply learn to love the diversity of the people on this earth more? God loves all people equally and with His help, you can learn to do the same.

Other than minor variations, all human beings have the same basic physical traits, and every person is made in the image and likeness of God Himself (Genesis 1:26-27). Jesus died for everyone alike and says to love one another as He loves us (John 13:34). If God is unbiased and loves us equally without showing favoritism, then we need to love others in the same way (Matthew 25). It doesn't matter what people were raised to believe, where their family came from, how they act, or who they're dating. God is not biased and doesn't show partiality or favoritism (Deuteronomy 10:17; Acts 10:34; Romans 2:11; Ephesians 6:9), so we shouldn't either. 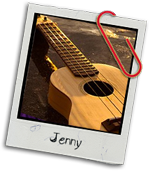 Jenny is a college student who loves God and loves people! She is a major dog person, plays 3 instruments, and sings. She’s also a hardcore coffee enthusiast. Her favorite verse is Ephesians 4:32, “Be kind to one another, tenderhearted, forgiving one another, as God in Christ forgave you.”