I like to think of God as an artist. I mean, think about it: sunsets, fall colors, flowers, the human body. It's all just one big piece of art. Like any artist, I criticize my works. In any stories, songs, or articles I write I find flaws. But does that mean there are flaws in God's works of art? Psalm 145:3 (NIV) says, "Great is the Lord and most worthy of praise; his greatness no one can fathom." God's greatness is so awesome that we literally can't even imagine it. If He were to make a mistake, just one teensy-tiny one, it would be considered fathomable. Therefore, God doesn't make mistakes.

What about my life?

Let's look at another example. Say…our lives. Sometimes you just get those days when you say to yourself, "Maybe God made a mistake with me. Maybe He screwed up when He created me, or when He let this or that happen." But wait! Before you think that again, what does the Bible say?

Romans 8:28 (NIV) says, "And we know that in all things God works for the good of those who love him, who have been called according to his purpose." So not only does God not make mistakes in general, but He especially didn't make a mistake when He created YOU (or anyone else for that matter). Anything He does in your life is for your own good—no matter how much it doesn't seem like it.

What would you do if you'd go back in time? I, for one, would want to fix every mistake I've ever made. Especially the ones that screwed up major aspects of my life. Now, God could go back in time, but has He ever reversed anything He did? Nope. See, that's the thing. God doesn't have to change anything, because He knows how everything is going to turn out. Everything that happens, He intended to happen. He has never made mistakes, and He never will.

It may be hard to imagine, but God already knows the ending to every person's story. Isaiah 46:9-10 (NIV) says, "Remember the former things, those of long ago; I am God, there is no other; I am God, there is none like me. I make known the end from the beginning, from ancient times, what is still to come. I say 'My purpose will stand, and I will do all that I please.'" He's known what was going to happen from the very beginning of everything, even before time existed. If I had known the ending to my story, I wouldn't be making stupid mistakes on my math tests and other things like that, lemme tell ya!

God's son, Jesus, didn't make mistakes either. Luke 23:4 (NIV) says, "Then Pilate announced to the chief priests and the crowd, 'I find no basis for a charge on this man.'" (Meaning that Jesus had no faults, no sins.) Jesus was a perfect man who lived a perfect, sinless life. If God had an imperfect Son, that would count as a mistake, because God and Jesus are a part of the same triune God (Father, Son, Holy Spirit).

Yes, I use a lot of rhetorical questions! ☺

If you haven't noticed already, I like rhetorical questions. But guess what? (Yes, another rhetorical question!) The Bible has them too. Psalm 106:2 (NIV) says this: "Who can proclaim the mighty acts of the Lord or fully declare his praise?" This is basically saying that we can only make feeble attempts at saying all the wonderful, perfect things God has done. We couldn't name all of these perfect things even if we wanted to. We might end up naming every single atom in the world, which is a lot, and I wouldn't suggest trying it.

Tell us your favorite things God has created HERE!

Psalm 145:3 (NIV) says, "Great is the Lord and most worthy of praise; his greatness no one can fathom." God's greatness is so awesome that we literally can't even imagine it. If He were to make a mistake, just one teensy-tiny one, it would be considered "fathomable". Therefore, God doesn't make mistakes. Yes, it's hard to imagine never making a mistake, but fully understanding the mind of God is also impossible (1 Corinthians 2:11)! 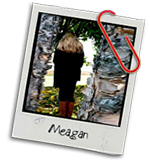 Meagan is a thriving 16-year old who spends most of her free time doing homework, baking, rehearsing for Choir, hanging out with friends, or on Tumblr. She's also working on a novel and an original music album. She's excited to use the love God's placed in her heart to spread His amazing grace to everyone she meets.