What does the Bible say about suicide?

According to the Bible, suicide cannot either grant or take away a person's ability to enter heaven. If an unsaved person decides to commit suicide, he has done nothing hurry up his trip to hell. But! He did not go there because he committed suicide; he went to hell because he rejected the gift of salvation through Christ. (Also see: Will a Christian who commits suicide go to Heaven?) I don't know about you, but my heart was relieved when I discovered that the most important factor in anyone's life is whether or not they have accepted Jesus Christ in their hearts as their Savior.

Growing up, I didn't know much about suicide other than the superstition that those who kill themselves cannot enter heaven. It was my superstitious belief that I might get shut out of heaven and fear of disappointing God that kept me from beginning a road down self-harm years ago. But what does the Bible say about suicide specifically?

I knew about Judas killing himself after he gave up Jesus to the soldiers, but I was surprised to find that five more biblical figures are reported to have committed suicide: Abimelech (Judges 9:54), Saul (1 Samuel 31:4), Saul's armor-bearer (1 Samuel 31:4-6), Ahithophel (2 Samuel 17:23), Zimri (1 Kings 16:18), and of course, Judas (Matthew 27:5). But God is the only one who ought to decide when and how a person should die. (Also see: Does God know the exact day and time I will die?)

Eternal Life is a Guarantee

The Bible says that from the second you truly believe in Christ, you have been guaranteed eternal life (John 3:16; 1 John 5:13). Nothing can separate you from God's love (Romans 8:38-39). Not even suicide can separate a Christian from God's love. But that doesn't mean that suicide is ever okay. Choosing to take your life is basically putting your fate into your own hands instead of God's. (Not to mention that self-murder is still murder.) We should be saying to God, "My times are in your hands" (Psalm 31:15)—not choosing for Him.

When life brings you down to your lowest point, it's hard to imagine any pain worse than what is assaulting you right now. When I hit my low point, my family was on vacation in Europe, but I was emotionally unstable, struggling to be real. It was so frustrating; I felt fake while I smiled and synthesized happy emotions for the camera. Yes, I had accepted Christ as my Savior and hung onto Him as a safety line in a storm, but I was still confused as to why I was feeling this way. The dark and stormy skies outside reflected the weather inside my heart.

God tells us to call upon Him in the day of trouble and that He will deliver us (Psalm 50:15). I had researched cutting and considered it, which led to thoughts of shame. Would I get an emotional high after slicing my flesh? Would I have to hide scars or go into therapy? Would it hurt my family? Should I really go down that road? Would it help or hurt? I decided to save myself from that tangled mess and turn to God instead. It was the best choice I could have made.

If you are a Christian contemplating suicide, please know you are not alone.

Thinking that we're alone is one of the biggest lies we tell ourselves. We think that we're the only one going through these problems and that no one understands. You are NOT alone. Many have taken God's hand, found their feet, stood up, resisted suicide's seemingly easy path, and said, "I am stronger than I was before." (Check out James 1:2-4 and Romans 5:4.)

Call upon God and ask Him to help you. He may not make all your problems go away, but He will give you the strength to make it through today, then another, and another, until this trial is over. Christ came to offer eternal life in Heaven (John 3:16) as well as abundant life on Earth (John 10:10). Trust that God will follow through and take care of you, a child whom He loves.

If you or someone you know struggles with or is talking about suicide, please get help right away.

Everyone has hard times and may think that death is the easiest solution, but those who regularly talk or write about suicide are usually at a more serious point and are in need of help right away. If this is you, you must get up right now and talk to someone about it. Don't wait for tomorrow.

Suicide can neither grant nor take away a person's ability to enter Heaven. The only way to Heaven is belief in Jesus Christ as our Savior from the punishment of sin (John 3:16; 1 John 5:13). Nothing—not even suicide—can separate you from God's love (Romans 8:38-39). If you are considering suicide, please know that you are NOT alone. Many have taken God's hand, found their feet, stood up, resisted suicide's seemingly easy path, and said, "I am stronger than I was before." (Check out James 1:2-4 and Romans 5:4.) Ask God to grant you the courage to ask for help. 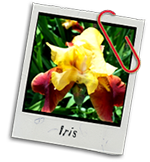 Golden Iris likes to read, play phone games, and watch NCIS with her parents. Being a happy college graduate, she anticipates the day when she can pursue further education.