What does the Bible say about sex addiction?

It's easy for sex to become an addiction when it's not being approached as God commands in the Bible. (And yes, God actually does command married couples to have sex.) Sex outside of marriage or sex that is rooted in lust goes against what God intended for sex. He created the act for married couples, and it is meant to be good. But the world is a dark place and tends to twist anything good into something evil.

Until recently, a guy or girl who hooked-up for sex outside of marriage might simply be labeled "immoral" by society. But today, a lot of people think sex addiction is just a mental problem like obsessive-compulsive disorder (OCD), meaning that they just can't stop themselves. Sex addiction has become a "condition" that only medication and/or therapy can overcome. This might seem like a good excuse for some people though. They can dodge responsibility for their sexual sins by saying, "What? I have a sex addiction, so I can't help it!" So the question now is, "Is there even such a thing as sex addiction? And if there is, what does the Bible say about it?"

Is it really possible to get addicted to sex?

Yes, sex can be really addicting. Any sex outside of the marriage of one man and one woman is always a sin; the Bible is totally clear on that one (Acts 15:20; 1 Corinthians 5:1; 6:13, 18; 10:8; 2 Corinthians 12:21; Galatians 5:19; Ephesians 5:3; Colossians 3:5; 1 Thessalonians 4:3; Jude 7). It's never okay to have sex outside of marriage. A guy or girl who engages regular hook-ups will almost always become psychologically and even physically addicted to sex. Sex outside of marriage is a sin, and sin itself is addicting—especially if it is indulged in regularly.

Just like using drugs leads to greater and greater amounts of the drug being needed to get the same high, immoral sex can also lead to more frequent and wild sexual hook-ups in order to receive the same satisfaction. But the satisfaction is only temporary, so you end up having to go back for more and more.

So, yes, there is such a thing as sex addiction. A person really can become psychologically and physically addicted to wild, experimental, random, and all kinds of immoral sex.

Can a married couple get addicted to sex?

Sex between a husband and his wife in marriage is "pure" (Hebrews 13:4) and right; it's God's way of allowing a married couple to love each other intimately and release sexual tension. It is completely fine for a husband and wife to desire regular sex with each other. Sex in marriage is not sinful; God designed it for good! A husband and his wife are biblically allowed to have sex as much as they want, as long as they both want to (1 Corinthians 7:5).

How can I overcome sex addiction?

The fact that sex addiction exists, though, doesn't change the fact that it is sin. We cannot use the excuse of a "psychological disorder" to continue behavior that displeases God. But at the same time, we should not discount the strong hold that sex addiction can have. As with all sin addictions, the only real cure is Jesus Christ.

We have all sinned and fallen short of the glory of God (Romans 3:23). Because of our sin, we all deserve punishment (Romans 6:23). But Jesus, who was God in human form, paid the price for us (2 Corinthians 5:21) so we don't have to be punished. If we really trust His sacrifice on our behalf as the full payment for our sin, receiving Him as Savior in faith, He promises that all of our sins are forgiven (even sexual sins!). As God makes us into new creations (2 Corinthians 5:17) and begins the process of changing us to fit His will (Romans 12:1-2), this will include equipping us to overcome sin and break any sin addictions we might have.

"Wretched man that I am! Who will deliver me from this body of death? Thanks be to God through Jesus Christ our Lord." —Romans 7:24-25

The Ones About Sex

Yes, sex can be very addicting and sexual sin may lead to damaging psychological conditions. But the Bible is clear on that sex outside of marriage is a sin (Acts 15:20; 1 Corinthians 5:1; 6:13, 18; 10:8; 2 Corinthians 12:21; Galatians 5:19; Ephesians 5:3; Colossians 3:5; 1 Thessalonians 4:3; Jude 7). Sex addiction can take a strong hold in a person's life, and it is not something they can just "get over". As with all sin addictions, the only real cure is Jesus Christ, plus a support system of loved ones to keep you accountable. 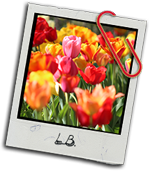